A campaign to get people to ask their MPs to support a bill calling for the creation of the ‘Blue Belt’,

a protected marine conservation area the size of India. The campaign was run on social media

and featured some of the more imaginatively named creatures in the conservation belt.

The social media posts were then shared on the accounts of influencers including Stephen Fry and Cara Deleveigne. 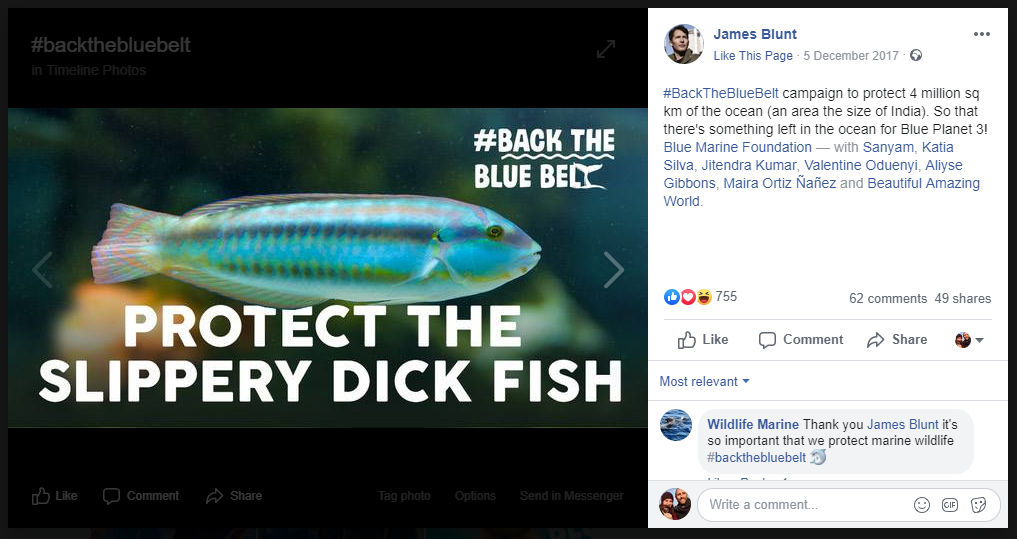 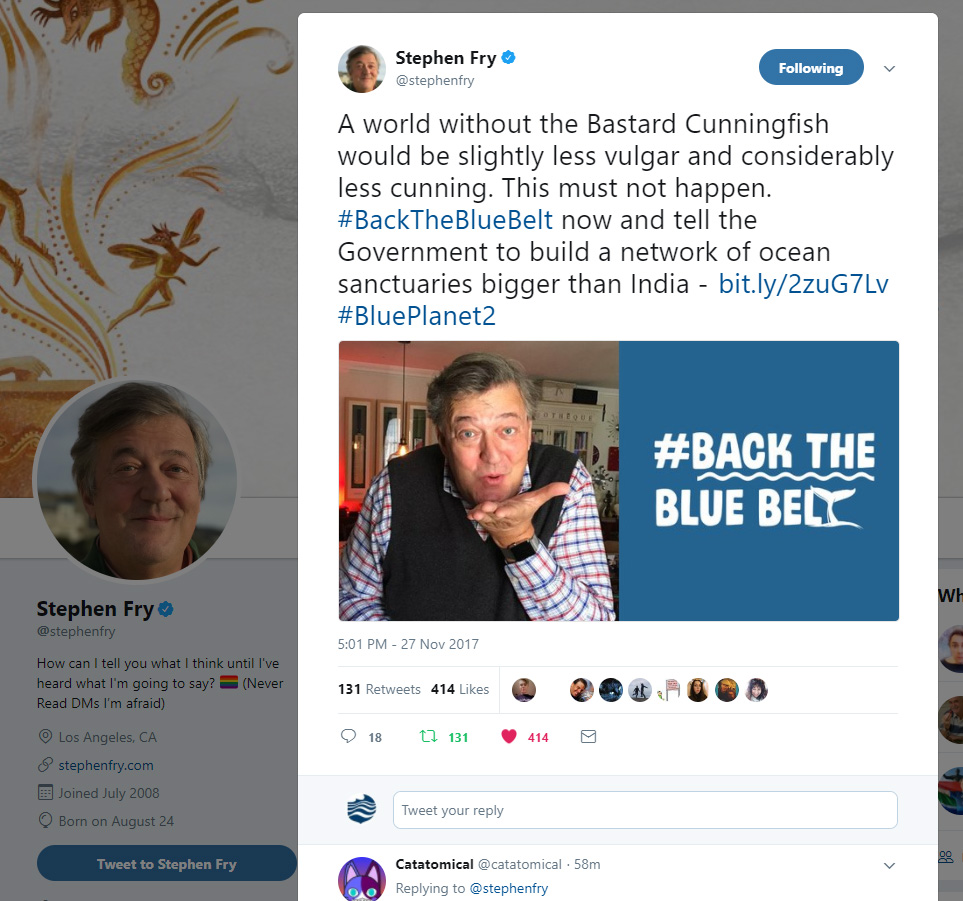